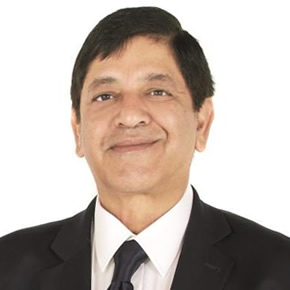 Mr. Siddiqi is a former KPMG Partner and ventured into media in 1995 when he established Telebiz in Karachi, Pakistan. He established a general news channel, Samaa TV and FM, in Pakistan in 2007 and serves as its Chairman.